A City of Contradictions 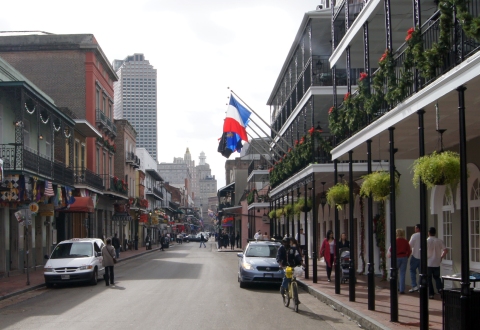 One of us recently had the opportunity to visit New Orleans and the city was, as it seemingly always is, magnificent.  Founded in 1718 by the French Mississippi Company, New Orleans offers a magnificent trip through almost 300 years of architecture and planning.  At its core, the city is a strange mix of the brilliant and the absurd and, as you round each street corner, you have no idea which you will encounter.

For example, Canal Street – the main spine of the central business district – is 170-feet wide, making it the largest street right of way in the United States.  Though it is incredibly wide (as broad as many freeways), it remains pleasant to walk because of its massive central green belt, convenient streetcar, gracious sidewalks, mature landscape, sidewalk bulb-outs, and well-timed pedestrian crossings.

The historic built environment of New Orleans is staggering in its abundance and condition.  Despite suffering major catastrophes, such as Hurricane Katrina, the historic city core is a beautifully detailed wonder.  There is perhaps no other place in America with such a vast collection of 200-year-old buildings set together in such a tight-knit grouping. It is ridiculous that the mostly brick and wooden buildings sit on marshland that subjects them to a high degree of humidity and precipitation (not a good combination for lasting wood structures), yet there they stand – though most stand obliquely at best! 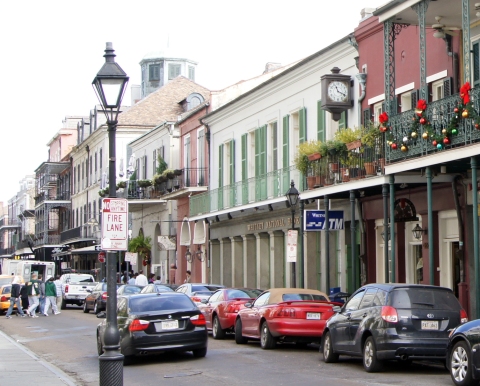 Ornate, imposing buildings exist throughout the Central Business District, which houses a spectacular collection of pre-World War II structures designed to imbue the observer with a sense of solid constance (which they do).  By looking at the buildings, one has a sense that the businesses within must be as bustling and varied as those on Wall Street but, in reality, the Central core of the city is in somewhat of a decline due to a shrinking population and reduction in service sector jobs.  New Orleans is a fascinating city worthy of a pilgrimage to take in the sights and sounds.  The city has seen its share of challenges caused by events such as the Revolutionary War, the War of 1812, the Civil War, multiple hurricanes, social  breakdowns, oil spills, etc.  But despite these events, it has maintained a brilliant and graceful elegance and will seemingly continue to shrug off these kinds of challenges for the next few hundred years. 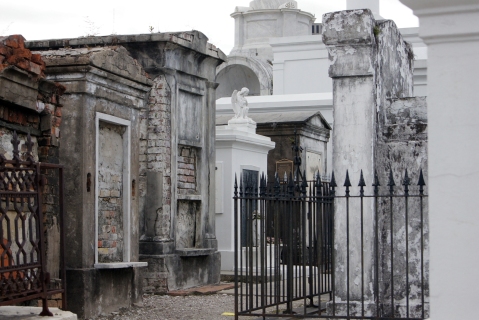 You are currently reading A City of Contradictions at .